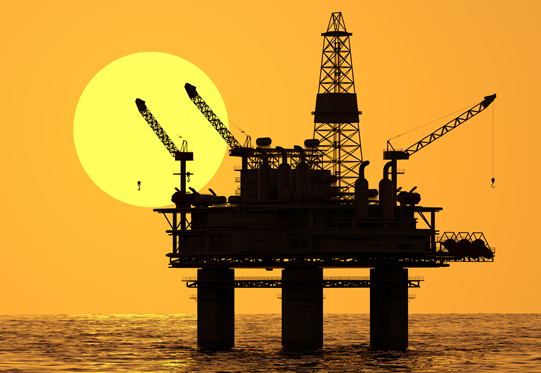 During 2013 there were emerging differences in global economic performance, geopolitical uncertainty and continuous debates regarding the proper roles of government and markets. As per the BP Statistical Review of World Energy, which was published in June 2014, during 2013 the largest reserves of oil were held by Venezuela, with 17.70% of the total world reserves, and the largest reserves of natural gas were held by Iran, with 18.20% of the total world reserves.

Due to its nature the Oil & Gas Industry presents many difficulties when accounting for its activities. Significant investment is required in advance for Oil & Gas projects and there is considerable uncertainty over its future prospects. IFRS 6 Exploration For and Evaluation of Mineral Resources, which was issued on 9 December 2004 and is applicable for annual periods beginning on or after 1 January 2006, is the only standard which specifically addresses Exploration and Evaluation activities. On 30 June 2005 an amendment was issued by which companies were exempted from having to amend their comparatives for periods prior to 2006 in order to present them as per the requirements of IFRS 6.

Prior to IFRS 6 expenditure on an exploration activity would not be capitalized since it was not probable that it would give rise to future economic benefits and only the license costs would be capitalized. However IFRS 6 allows capitalization of the Exploration and Evaluation costs. The standard provides a list of the types of E&E expenditure which can be capitalized and the Company may elect to use either the cost model to account for both tangible and intangible assets and depreciate/amortize the assets over their estimated useful economic lives or the revaluation model by which all tangible assets are revalued using the Property, Plant and Equipment model and all intangible assets are revalued using the intangible assets model (Either the model in IAS16 or the model in IAS38).

Pre-Exploration expenditure, expenditure incurred prior to obtaining the relevant license, which includes acquisition of speculative seismic data and expenditure on the subsequent geological and geophysical analysis of this data, are not considered Exploration and Evaluation costs and are not covered by IFRS 6. Therefore the Company must choose an accounting policy to account for this type of expenditure which should be applied consistently. IFRS 6 does not also apply to expenditure incurred after the Company is in a position to extract the oil and gas, after the technical feasibility and commercial viability of extracting the oil and gas are demonstrable. The determination of this stage requires considerable judgment and close communication between finance and technical specialists.

In Cyprus Oil and Gas exploration is still at its early stages. The first licensing round was announced on 15 February 2007 for eleven out of the thirteen exploration blocks, blocks three and thirteen were excluded and in November 2007 the Natural Gas Public Corporation was founded with the government of Cyprus as the only shareholder and the option for the Electricity Authority of Cyprus to participate in its share capital. The scope of this corporation was to deal with all the activities relating to the natural gas. During this first licensing round applications were received for only three exploration blocks and the first hydrocarbon exploration license was granted on 24 October 2008 to Noble Energy International Limited for an initial period of three years. The second licensing round was announced on 11 February 2012 for all the remaining blocks, blocks one to eleven and block thirteen, and many companies expressed their interest. The licenses were granted to the consortium of Eni-Kogas for blocks two, three and nine on 24 January 2013 and to Total E&P Activities Petrolieres for blocks ten and eleven on 6 February 2013.

There is no specific guidance from the Cyprus Income Tax and VAT authorities with regards to the treatment of Oil and Gas exploration sector. Therefore taxable profits are taxed at the normal corporation tax rates, 10% up to 2012 and 12.50% from 2013 onwards. The VAT rates applicable are the normal rates of 18% up to 12 January 2014 and 19% from 13 January 2014 onwards. The VAT Authorities currently consider that the Cyprus Exclusive Economic Zone is within the Cyprus territory for the purposes of VAT. Custom duties are zero for the goods which are traded in Cyprus’ Exclusive Economic Zone beyond its territorial water, as per the Community Customs Code.

In concluding it should be noted that the Oil and Gas exploration is expected to generate significant revenue for Cyprus and also to create many new jobs.