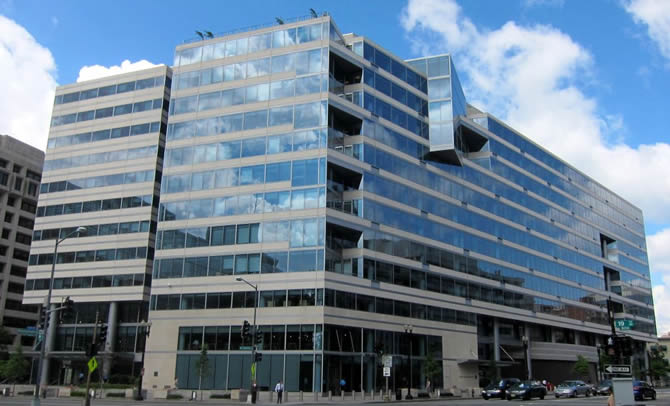 The third assessment of Cyprus Economy by Troika

Echelons experts of the European Commission, the European Central Bank (ECB) and International Monetary Fund (IMF) visited Nicosia between 29 January and 11 February 2014 with a view to the third assessment of the economic program of Cyprus, which is funded by the European Stability Mechanism (ESM) and the IMF. The approval of this evaluation will pave the way for the disbursement of 150 million Euros by the ESM and 86 million Euros from the IMF.

The third assessment of Troika regarding the Adaptation Program of Cyprus Memorandum was positive. The international lenders have expressed their satisfaction with the progress achieved, pointed out that the program remains in orbit, the objectives were achieved with great comfort, but challenges remain.

Cyprus is the first country under the program manages to overcome its fiscal targets with recording this way the new positive evaluation of the implementation of the Cyprus adaptation program. However the need to implement the Memorandum remains, in order for the country to regain its credibility.

Most were highly praised in the financial sector, where Cyprus achieves its fiscal targets with significant margin, although they have been reviewed during the second evaluation and will not require further fiscal measures, but merely the implementation of the budget for the current year.

In to the initial Memorandum Troika estimated contraction of the economy at a rate of 8.7% and 3.9% in 2013 and 2014 respectively and diversified its forecasts positively. However, Troika believes that year 2014 will close with a final rate reduction of around 6%, while the estimate for year 2015 with growth rate of 0.9% remains unchanged.

In the financial sector a delay was recorded in the management of non-performing loans and that’s why banks should implement the Code of Conduct issued by the Central Bank of Cyprus for the management of delays and restructuring. In the near future we expect a further lifting of restrictions on the inside, but it will take time to remove the restrictions to the outside.

Troika considers that the first challenge is to treat the non-performing loans, second challenge is smoothing of payments sera on the economy, while it underlines that it considers important step to adopt framework law on privatizations.

Stability of the financial sector

The economic program of Cyprus aims to restore the stability of the financial sector, to enhance the conservation of public finances and to adopt structural reforms to support long-term growth, while safeguarding the welfare of its citizens. During the visit of Troika, discussions with the authorities were focused on policies to restore confidence in the financial system, and the implementation of the structural reforms.

The Adaptation Program of Cyprus Memorandum remains in orbit, the macroeconomic and the fiscal results are better than expected. The fiscal targets for 2013 have been achieved with great ease thanks to the continued implementation of prudent budget and a less pronounced than expected recession. In 2013, GDP is estimated to have decreased by approximately 6% in real terms. This contraction, although is significant, is nearly 2 percentage points lower than forecast in the previous evaluation.

Private consumption fell, although less than expected, while the sectors of tourism and professional services have proven resistant. The financial sector also shows signs of stabilization. The economy adapts flexible as prices and wages has been declining, thus helping to mitigate the powerful impact of the recession on jobs. However, unemployment is still too high.

The prospects are still characterized by challenges. The GDP is expected to shrink by 4.8% in 2014, as domestic demand will be negatively affected by the need to adapt the debt of private and public sector in relation to its present high levels. In 2015 is expected to return in positive growth rates of about 1%, which will come from non-financial services. However the risks surrounding the outlook are important.

In the financial sector, the first challenge is to address the high level of non-performing loans. After the recapitalization of the two biggest banks and the forthcoming recapitalization of cooperative financial sector, the authorities should ensure that credit foundations and cooperative banks will implement effectively their restructuring plans. This implied the establishment of appropriate management frameworks overdue debts and careful monitoring of progress towards the reduction of delinquent loan.

With regard to co-operative banks is also important to complete the planned mergers and to improve governance. In order to facilitate the consolidation of the balance sheets of banks and reducing private sector debt, necessary conditions for the restoration of credits and sustainable growth, requires a suitable framework of debt restructuring. To this end, the authorities need to reform the legal framework for insolvency so as to provide balanced incentives that could prevent strategic importance defaults occurring, while ensuring solutions for voluntary debt restructuring of viable borrowers.

A second challenge is the need to normalize flows of payments in the economy and also to preserve financial stability. As the actions corresponding to the key milestones in the roadmap of authorities have now been completed, the second phase of gradual relaxation of restrictions is expected to begin soon. Finally, efforts to strengthen the implementation of regulatory and supervisory arrangements for the banking sector should continue, as well as the framework for combating money laundering.

Based on the good fiscal performance which has been achieved so far, the authorities should continue to apply their budget with prudence. As agreed at the beginning, the program will require an additional adjustment in the coming years in order to reach the long term goal of achieving a sustainable primary surplus to GDP ratio of 4%, which is essential to place public debt on a sustainable downward path.

The implementation of structural reforms must be accelerated. A key priority is to reform the welfare system. Doing this will unify existing social benefits and establish a system of guaranteed minimum income, in order to provide adequate social protection to vulnerable households during the current recession. In order to improve the effectiveness of revenue management, the authorities should take measures in order to proceed with the merger of the two main tax collection services. Furthermore, authorities should intensify efforts to safeguard the revenue collection in the short term, inter alia through combating tax evasion.

The management of public finances should be strengthened by the unconditional adoption and implementation of legislation on fiscal responsibility and budgeting systems. Finally, the privatizations of state enterprises is crucial for improving the efficiency of the economy and attract investment, but also as a means of reducing public debt. In this case the adoption of the framework law on privatization is an important step for initiation.

While the program is still in orbit, Cyprus economy still faces significant risks. The continuing full and timely implementation of policy measures remains essential for the success of the program.