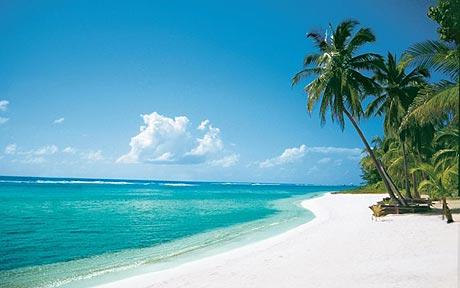 Why Cayman Islands is a popular tax haven for offshore companies

The Cayman Islands are a British Overseas Territory located in the western Caribbean Sea. They are considered to be part of the geographic Western Caribbean Zone as well as the Greater Antilles. It comprises by three islands of Grand Cayman, Cayman Brac and Little Cayman located south of Cuba and northwest of Jamaica.

The Cayman Islands historically have been a tax-exempt destination where the government relies on indirect and not direct taxes. The islands have never levied income tax, capital gains tax, or any wealth tax, making them a popular tax haven.

Although the tourist sector has an important component in the domestic economy, Cayman’s real wealth has been generated by its offshore services and tax neutral status.

The Cayman Islands have more registered businesses than people. This is verified by the latest population estimate which is about 56,000 representing a mix of more than 100 nationalities. Namely only half of that estimation is of Caymanian descent.

The islands are almost exclusively Christian and with large numbers of Presbyterians and Catholics. The majority of the population resides on Grand Cayman, followed by Cayman Brac and Little Cayman, respectively. The population is projected to rise to 60,000 by 2020.

The capital of the Cayman Islands is George Town, which is located on the southwest coast of Grand Cayman.

With an average income of around KYD$47,000, Caymanians have the highest standard of living in the Caribbean. According to the CIA World Factbook, the Cayman Islands GDP per capita is the 14th highest in the world. The islands print their own currency, the Cayman Islands Dollar (KYD), which is pegged to the U.S. dollar at a fixed rate of 1 KYD = 1.25 USD.

The government’s primary source of income is indirect taxation: there is no income tax, capital gains tax, or corporation tax. An import duty of 5% to 22% (automobiles 29.5% to 100%) is levied against goods imported into the islands. Few goods are exempt; notable exemptions include books, cameras, and infant formula.

The merchant marine total is 123 ships where some foreign ships register in the Cayman Islands as a flag of convenience. Those ships are from 11 countries alongside Greece 15, US 5, UK 5, Cyprus 2, Denmark 2, Norway 3 (2002 est.).

Regarding Value-added tax (VAT) there is not any imposed in the Cayman Islands.

Furthermore exercises taxes and property taxes there are not any.

Import duty is paid, generally at a rate of 22% to 27% on importation of most goods. Please refer to the website for the latest list of tariff rates.

Branches income is treated the same as other corporations doing business in the Cayman Islands.

Income determination, Deductions from income, Group taxation are not relevant in the context of Cayman Islands taxation since there is no corporate income, capital gains, or other taxes are imposed on corporations in the Cayman Islands.

The Cayman Islands are a major international financial centre since are the fifth-largest banking centre in the world, with $1.5 trillion in banking liabilities and 260 out of the total 279 banks are licensed to operate on an international basis with only limited domestic activity.

The Tax Justice Network’s “Financial Secrecy Index” from 2011 ranked Cayman Islands as the world’s second most significant tax haven with Switzerland scoring first.
This industry is being regulated and supervised by the Cayman Islands Monetary Authority (CIMA) where the biggest sectors are banking, hedge fund formation and investment, structured finance and securitisation, captive insurance, and general corporate activities.

Last but not least the proven regulatory regime, innovative approach, and client focus make Cayman Islands to remain a choice amongst sophisticated investors which want to deliver an environment for businesses at its best.

Cayman Islands are an active member of the Basle Committee’s Offshore Group of Bank Supervisors. As a result Cayman Islands welcome only recognized well-run banks which are licensed under the Banks & Trust Companies Law (2001 Revision).

“Know your client” is applied by these well-run banks and therefore they support the idea that Cayman Islands is a jurisdiction that maintains a robust anti-money laundering regime.
Deposits, savings, and checking accounts are a range of banking products that is offered both for local and non-resident clients with competitive interest rates in all major currencies.

It is the most flexible financial instrument for making short term or long term estate planning arrangements which are free from the restrictions of the legislation of the domicile of the settler. The trust is also used in commercial structures such as mutual funds and structured debt.

Due to the worldwide popularity of the trust concept in recent years, Cayman Islands have attracted more trust businesses.

At the beginning of 2012 there were some 94,000 companies registered in the Cayman Islands. Companies can be registered within 24 hours provided all the right information and documents are provided. The Registrar of Companies can only release the name and type of company, its date of registration, the address of the registered office and the company’s status. Any other information is prohibited unless requested by a law enforcement agency.

Companies can be formed with just one shareholder and generally, with a few exceptions, there are no minimum capitalization requirements.

There are slight distinctions between the terms exempted limited partnership, exempted company and non-resident company where all of these types of businesses are generally referred to as offshore companies.
Offshore companies are established for a number of reasons with the most common being the tax-efficiency for international trade. Another major reason is to achieve anonymity or to protect their privacy.
All offshore companies can be used for anything from shipping operations or stock dealing, to the ownership and licensing of patents or even aircraft financing.

As a tax neutral authority, Cayman assures a tax-free status for twenty years to exempted companies registered in Cayman Islands.

As a result of the above Cayman Islands continue to date being a favorable option for registering companies. Last but not least it has a well-established legal regime, it is a politically stable British Overseas Territory, it has flexible corporate structures and increasingly attractive in the fast paced world of international finance of a speedy registration.