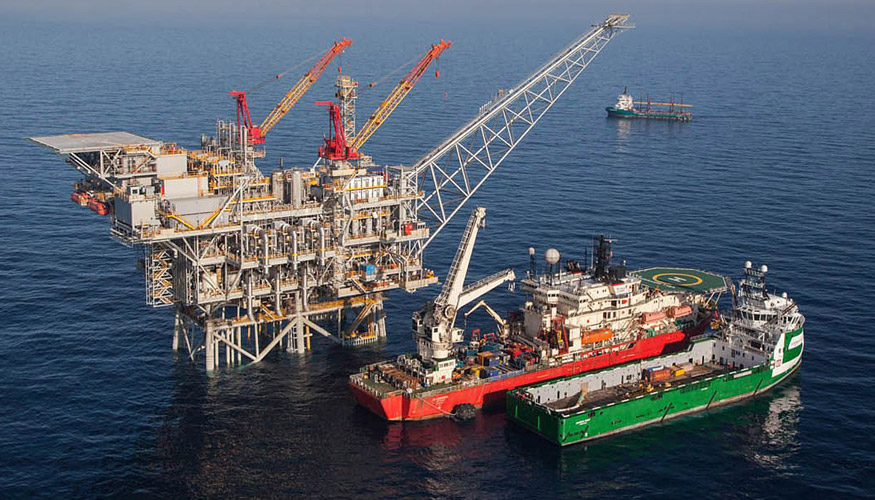 After licensing bids, Noble energy received the concession to explore Block 12 in October 2008 and in August 2011, Noble entered into a production-sharing agreement with the Cypriot government regarding the block’s commercial development.

The discovery well was drilled to a depth of 19,225 feet in water depth of about 5,540 feet. Results from drilling, formation logs and initial evaluation work indicate an estimated gross resource range of 5 to 8 trillion cubic feet (Tcf), with a gross mean of 7 Tcf. The Cyprus Block 12 field covers approximately 40 square miles and will require additional appraisal drilling prior to development.

The company announcement about the possible reserves of 5-8 trillion cubic feet of gas is expected by many to be greatest, when during the next months the evaluation of exploration drilling will be done. Furthermore, based on the industry’s past practice announcements usually are more conservative than actual results

Noble Inc. is expected to participate in the second licensing round for the remaining plots of the Cyprus’s Exclusive Economical Zone.

The first estimates of the government mention that future net income will be more than $ 100 billion. It is worth to mention that this is only for one of the two drills that can be done in Block 12. And Cyprus owns 12 Blocks more that all appear to be promising in gas and oil reserves.

The discovery corresponds to the energy needs of Cyprus for 210 years.

With the deposit at Block 12, Cyprus hopes to join the energy map of Europe.

Cyprus may be one of the new sources of natural gas in new energy infrastructure linking Europe with these facilities.

This is the third largest discovery in the last decade. The previous two were in Israel.

The discovery of natural gas creates huge prospects in Cyprus; economical, political, national and geopolitical and the government has pledged that it will utilize them with the outmost seriousness, carefulness and collectiveness for the greatest public interest

Furthermore, the discovery of natural gas in Cyprus has given huge prospects to boost investments in Cyprus from companies all over the world.

Colossal companies from Russia, China, Asia, Europe and America show interest to use Cyprus as their regional centre of support for the greater geographical areas for similar activities to the one of drilling and exploiting natural gas.

This discovery could not have come up in a better period. Cyprus’s economy will shortly be boosted by new investments made in the island and the cash flow from the exploitation of the natural gas.