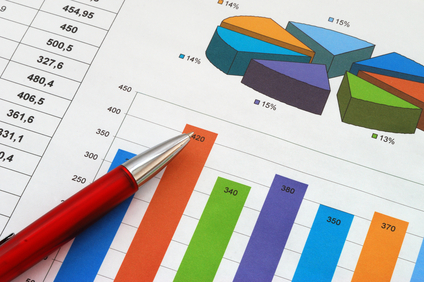 What Is a Double Tax Treaty?

A double tax treaty, sometimes called a double tax convention, is a means to help eliminate the possibility of having to pay taxes twice on the same source of earned income. Most countries have these sorts of treaties in place. The treaties can also provide a means of having certain types of treatment when it comes to trading and investing across borders. It helps to greatly diminish unfair taxation rates that companies from certain countries may have to face. They protect the taxpayers, as well as the rights of the government for fair taxation.

Around the world, there are currently more than 3,000 of these types of double tax treaties. The United Kingdom actually has the largest treaty network, as they cover close to 120 other countries. This means that companies can do business in various countries and not have to worry about paying taxes twice on the income they receive.

This has another advantage, as well. If certain countries allowed or condoned double taxation, it would severely limit the number of people who would actually want to do business with that nation. It could have a severe impact on their trade and investment. Thus, many countries adopt these treaties with as many of the various nations they want to trade with as possible.

If there were no tax treaties, it would mean that companies and individuals would have to pay taxes to the source of income country as well as to their home country. This would negate any benefits of doing business in the other country, and it would often force businesses to start looking for other ways that they could reduce their tax bills, such as utilizing tax havens.

In fact, the only countries that do not typically enter into these types of conventions and treaties are tax haven countries, as they do not have a need to enter the agreements. They are already offering low to no taxes for doing business in the country. All of their tax advantages help attract companies to them.

Depending on where a business is located, and with which countries they do business, the tax treaties that apply to them will vary. Because the treaties may have different rules and regulations, it is important to know exactly what the treaties entail and how they will affect your business and your taxes. Having help and advice from someone who knows the ins and outs of double tax treaties is a good idea.

When working with an adviser though, it is always important to make sure they have experience when it comes to understanding these conventions, as well as all of the other pertinent tax information for your business. In addition, those companies that are planning to start and operate a business from a tax haven will have to understand just how the laws in those nations will apply to their business.

Constructive use of the Cyprus Treaties Network has rendered considerable advantages to businesses and individuals who have chosen to establish legal entities in Cyprus. Tax Treaties in Cyprus and in most counties legally supersede local tax legislation and for this reason they are useful tax planning tool to protect businesses and individuals against double taxation of income earned in other countries.

Cyprus has concluded several double tax treaties which apply to 48 countries. The main purpose of these treaties is the avoidance of double taxation income earned in any of these countries under these agreements, a credit is usually allowed against the tax levied by the country in which the taxpayer resides for taxes levied in the other treaty country and as a result the taxpayer pays no more than the higher of the two rates.

To demonstrate how the double tax system works, we describe an example below.